As a Federally Qualified Health Center, more than half of CHCB’s Board of Directors are active patients, living and working in our community. This diverse leadership gives CHCB a unique ability to understand and respond to the needs of those we serve.

Our Board and Board Committee meetings have shifted to hybrid model for the duration of the COVID-19 pandemic. If you would like to join one of these meetings either in-person or via ZOOM, please contact Amy at abovee@chcb.org and she will help you get connected to the meeting of interest.

Board of Directors meetings are on once per month on Thursdays from 5:30pm – 7:30pm. Upcoming 2022 meeting dates are:

Current CHCB Board of Directors Rob Gibson (President) is currently a Senior Engineering Manager in the semiconductor industry, which is where he has spent most of his career. During a period of time when Rob was working in the health care IT industry, he was introduced to the Community Health Centers of Burlington. Rob quickly came to appreciate and support the important role that CHCB plays in providing high quality, integrated medical, dental and mental health care that is accessible to everyone in our community and joined the Board of Directors in 2016. 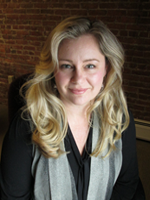 Beth Sightler (Vice President) has been a patient of CHCB for over two decades. She has been the Executive Director of Champlain Community Services (CCS) in Colchester, a nonprofit specialized service agency and one of the statewide designated agencies that supports Vermonters with intellectual disabilities and autism, since 2013. People served by CCS also experience co-occurring chronic long-term health care challenges, mental health issues and substance use disorders. In addition, Beth lives with her family, beehives, goldfish pond/raccoon spa, and chickens in the Old North End in Burlington and enjoys trail running, writing and art. Beth has been on the Board of Directors at CHCB since 2017.

Tim Ashe (Secretary) brings substantial government and professional experience to his service on CHC’s Board of Directors. His government service spans the local, state, and national levels. A former Burlington City Councilor and Congressional staffer, Tim served six terms in the Vermont State Senate, including two terms as its elected President. Professionally, Tim was an affordable housing developer for eight years at Cathedral Square, a tenure during which he created and rehabbed nearly 400 affordable apartments for older Vermonters. He has provided project management services for various non-profits, and currently serves as Vermont’s Deputy State Auditor.  A longtime CHC patient, he believes its mission matches his own. Eric Kratochvil, MPA (Treasurer) was attracted to the Board at CHCB because of the mission and values. As someone who is committed to our community’s safety, he finds it especially rewarding and refreshing to be a part of fulfilling that mission. As a patient at CHCB, Eric is often impressed with the level of compassion and drive demonstrated by the staff. Noma B. Anderson, PhD is the dean of the College of Nursing and Health Sciences at the University of Vermont.  Prior to joining UVM, she served as special advisor to the University of Tennessee System President on Diversity and Inclusion and as former professor in the Department of Audiology and Speech Pathology in the College of Health Professions at the University of Tennessee Health Science Center (UTHSC), where she also served as dean of the College of Health Professions.  Prior to arriving to the University of Tennessee, she was a professor in the Department of Communication Sciences and Disorders at Florida International University (FIU) and former dean of the School of Health Sciences.  Dr. Anderson was on the faculty in the Department of Communication Sciences and Disorders at Howard University in Washington, D.C. and chaired that department for ten years. She has also been on the faculty at Hampton University. She received her B.A. degree from Hampton Institute (VA), her M.S. degree from Emerson College (Boston MA), and her Ph.D. degree from the University of Pittsburgh (PA).  She began her clinical career at Children’s Hospital of Pittsburgh, and was also employed as Supervisor for Speech, Language and Hearing for Pittsburgh Head Start.  Dr. Anderson’s professional areas of expertise are in multicultural aspects of communication sciences and disorders, health and educational disparities, language acquisition, and childhood language disorders. Belan Antensaye is a lifelong Vermonter who has focused her personal and professional efforts on community development, health equity, and utilizing public policy and the convening power of government to empower communities. She currently works as the Strategy and Innovation Manager for the City of Burlington’s Racial Equity, Inclusion, and Belonging Department and is also the co-founder and strategic lead of the Vermont Health Equity Initiative (VHEI) – a BIPOC-led organization that utilizes education and collective action to address local health disparities. In 2020, she was awarded the Ethiopian Diaspora Fellowship to work in Addis Ababa on hospital systems development and communications strategy. Belan received a BA in Biology & Society from Cornell University while gaining international development and public policy experience in Hungary and Ghana. She is honored to bring her experience in government, racial equity, strategic planning, and community building to the CHC Board. Heather Danis, MPH, RD is a long-time patient at CHCB who became interested in serving on the Board to more directly support the organization. In addition to caring personally about the patient care provided by CHCB, she is deeply committed to CHCB’s mission and sees serving on the Board as a great opportunity to contribute to an organization that does so much for the community. Hemant Ghising, EdD is a former refugee from Bhutan. He came to Burlington in 2011 through the U.S. Refugee Resettlement Program. It means a lot for him to have a country of his own after being stateless for 18 years. Prior to coming to the United States, he worked as a volunteer teacher and devoted a number of years of community service in a refugee camp and the United States. Hemant received an EdD degree in educational leadership and policy study from the University of Vermont with a research focus in post-secondary education for refugees/immigrants and low-income communities. Having undergone harsh refugee conditions in Nepal, he strongly believes “EDUCATION” is a means for survival, and the change it can bring in the self and the world is tremendous. Hemant loves karate, hiking, and soccer. Abijah (Francis) Manga is a doctoral candidate, pursuing his PhD in Education through the University of Vermont’s Department of Leadership and Policy Studies. Francis owns a small business called Loving Home Care that takes care of elderly and inbound people. He is currently a Mental Health First Aid Trainer and works for the Association of Africans Living in Vermont (AALV) as a Youth Program Coordinator. Prior to joining AALV, he worked at Champlain Valley Office of Economic Opportunity (CVOEO) as the Fair Housing Project’s Specialist. Before that, he worked at the Congolese Prime Minister’s office as a Foreign Affairs Expert. Moreover, he is a passionate teacher and taught in a high school for more than 5 years. Francis holds a master’s degree in Public Management from South Korea and has another master’s degree in Education from Saint Michael’s College. He believes in integrating modern values with traditional beliefs. Thomas Moore, MSS, BCBA, LBA has been a patient at CHCB for almost a decade and has always received excellent care. He finds it an honor to be on the Board of Directors for an organization that provides great value and support to the community. Thomas’ goal in serving on the Board is to offer his varied background and experience personally and professionally. The majority of his career has been devoted to providing support and services to individuals diagnosed with Autism Spectrum Disorder. He is a Licensed Behavior Analyst in the state of Vermont and is appreciative for the great experience he has had working directly with families of varied backgrounds and socioeconomic statuses state- and nation-wide, and abroad. Most recently, Thomas transferred his skills and experience to focus more on Public Health and Quality Improvement within different health care settings. He is committed to giving his all to the Board so that he can give back at least some of the dedication and positive results that CHCB has provided him over the years. Holly Moriglioni has been a medical patient at CHCB for 20 years and has served as a CHCB patient representative on the Board of Directors since September, 2015. She currently serves as Secretary on the Executive Committee and also as a member of the Community Relations and Development Committee. She has served previous years on the Executive Committee as Secretary and as the Vice President. Holly has worked for over 25 years in Early Education in the nonprofit sector. Her commitment to the CHCB Board of Directors derives from the principle that high quality, accessible health care is a human right. She is proud to serve at an organization that provides access, exceptionally well, to people of all circumstances, with an empathetic, respectful approach. Beth Reilly, BSN, RN is a Registered Nurse with a background in critical care, community health, case management and school nursing. Beth received her Bachelor of Nursing from UMASS Boston where her program had a focus on preparing nurses to be decision makers and leaders in providing equitable access to healthcare. She also has a bachelor’s in English Literature and Psychology.

Beth first came to work at CHCB as a Medical Assistant and was inspired by the organizational mission and her colleagues to become a nurse. Throughout her tenure at CHCB, Beth has worked as a Medical Assistant, Registered Nurse, Community Health Team member, and is currently Chair of the Community Relations & Development Committee. When not working, Beth enjoys trail running, traveling, and spending time with her two young children.

Since 1971, the Community Health Centers of Burlington has provided exceptional health care to people of all ages, backgrounds, and life circumstances. Under our umbrella of comprehensive services, community residents can access primary and preventive health care, dental services, psychiatry, and mental health and substance abuse treatment provided in a compassionate, respectful, and professional manner. Read more...